It isn’t often that we meet courageous people that beat the odds in a way that can only be described as a miracle. Melody McIntosh is just such a person. I was fortunate enough to have been contacted by her for some boudoir photos for her husband. We met for her consultation and she asked if we could soften some of the scars she has on her body. This of course, led to us asking her some questions and she revealed her miraculous story to us. She told her story in such a kind and positive way that we must have listened with our eyes wide open in surprise. Could it be possible that this beautiful and confident women in front of us could have endured such a horrific ordeal and come out of it so “normal”?

She tells her story from the beginning where she had a heart condition called mitral valve prolapse. At the age of 39, she required routine surgery. She had been in the care of the prestigious hospital and under the care of one of their doctors. Her surgeon was world-renowned and a specialist in open-heart surgery. However, her surgery didn’t go well and her outcome left her heart too weak for her to go on living without heroic measures. Her heart was in bad shape, requiring special breathing apparatus and pumps to keep her alive. She had to wear a 24hr. Life-Vest then a defibulator surgery, then a major open heart LVAD (left ventricular, assist, device), a heart-blood pump installed around her heart with a drive line that came out of her abdomen. The LVAD weighed about 8 pounds, ran on electricity, so she would have to stayed plugged into a wall socket or with batteries temporarily. She would have that within her until death or receive a donor heart. She recovered enough to be able to leave the hospital but her quality of life was diminished to being bed ridden. She was placed on the heart transplant list and under the care of a new hospital and group of doctors. From how she describes it, she was listed as a 1-B recipient, in great need but home, yet able to live outside of the hospital with an LVAD. There’s 1-A recipient which is the most critical, they will not live unless they get a donor, they are usually hospitalized and are holding on in hopes of a donor match. As a 1-B recipient, her chances of getting the heart transplant she so desperately needed was slim. She explained the whole process of hierarchy for recipients and how much is involved in determining who is a good match. She knew what her chances were very low.

She prayed to God that he would find a donor for her, but she felt a sense of guilt. She knew that for her to receive the gift of life, that someone else would have lost his or hers. The way she explained it, this is a very common feeling with recipients. What happens next in her story is nothing short of miraculous. She tells the story of having a conversation with God the day before her birthday September 28, 2013. She says “God, is this what you have in store for my life? Because if it is, then I am OK with it, but if not I could really use a sign to help me keep going”. She received a call 2hrs later from a transplant coordinator that there was a potential donor. She was expecting this would be a routine phone call, but it was one that would change her life. It was THE call. The one that gave her the news she had been waiting for so long, the undeniable sign she was praying for. However, the doctor said that while there was a heart available for her that they would need to be sure that she would be a medical match (DNA match) and he wanted to be sure I was at home and able to travel. The next call would be either come to the hospital or that they we weren’t enough of a match. As she described it these were the longest couple hours of her life; fraught with hope, worry and guilt that someone had to die for her to live. She got the call that she was a perfect match and went to the hospital for the surgery. It was a complete success! Her heart was well received in her body and to this day. She is completely fine as long as she takes the anti-rejection drugs for the rest of her life.

She was filled with gratitude for the gift of life that she had received and felt compelled to find out whose heart she had received. She discovered that her heart came from a 20-year-old Purdue University student who died suddenly of a brain aneurysm. She knew she had to meet the parents of this girl who also saved the lives of her and three other organ transplant recipients that day! She arranged to meet them and share with the world at a Press Conference her story and how blessed she felt to have been the recipient of Ashley’s heart. She is quoted as saying “I received Ashley’s heart on my birthday. I’m just so grateful. So I will live every day in honor of her”.

What a story! We were inspired and honored to have met and be working with such an amazing person. If you are a non-believer, than this story will change your mind for sure. God answered her prayer and has a special plan for her and for the special person who, with her generous gift of organ donation upon her death in the physical world, has given renewed life. I urge all of you to sign-up for organ donation. It is the ultimate gift you can give.

Celebrating this women’s life in her boudoir session was very emotional and uplifting. The ultimate re-discovering of the amazing in her, and quite frankly, the ultimate in validation that these sessions are so important in celebrating the amazing in every women’s life. She put her trust in our beauty team to capture these very special portraits of her to rejoice in her newfound joy in life and to affirm the beauty she embodies in and of her miraculous second chance!

Sexy is how others perceive you

sex·y    def: provoking or intended to provoke sexual interest.
Generally speaking “sexy” is a term commonly used by men to describe women they are sexually attracted to.  It is how they perceive the woman by how she looks. If a women dresses in certain outfits or shows her body off, then it is an invitation for men to look at her and desire her sexually.
Sexy is how others perceive you, and if that is your goal, if your images are strictly for the enjoyment of other eyes and not your own, then that would be a good word to describe the feeling you would like to get from your  boudoir photography experience.
And if that is the case, I suggest you consider Erotica boudoir photography. There is genre of boudoir photography called Erotica that documents and celebrates a woman’s sexuality. There are some who would consider this imagery pornography. However, if it can be done tastefully, and it can be beautiful and a freedom of sexual expression for the women, and very therapeutic. Erotica photography can also border the line of pornography if the imagery is only meant for others to enjoy, and in my opinion can be objectifying to women’s bodies. 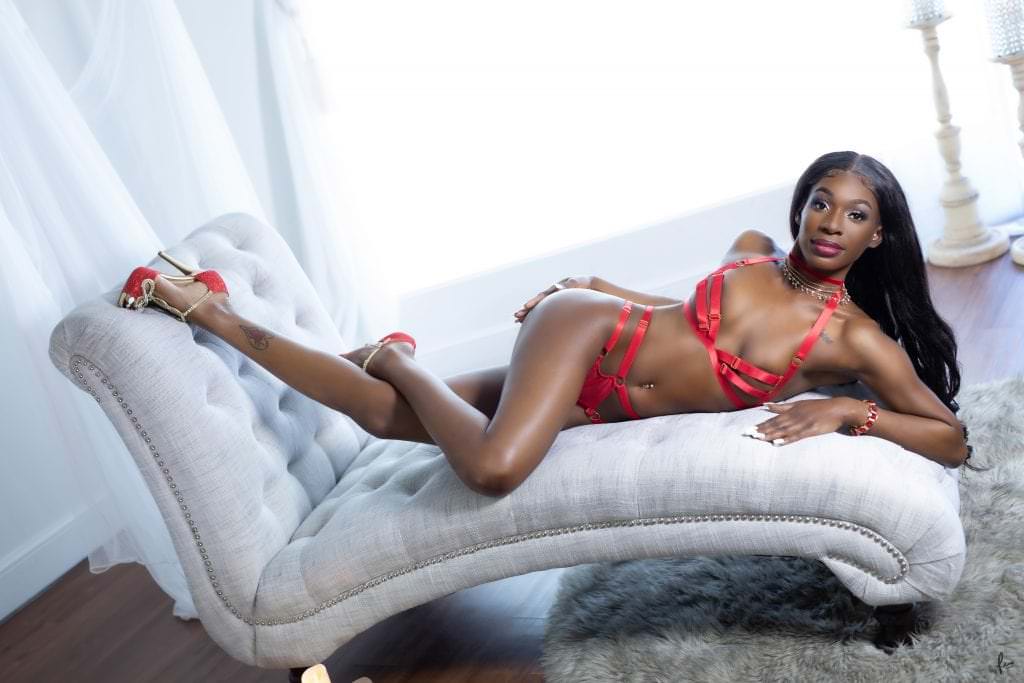 SEnsual is how you see yourself

sen·su·al    def: relating to the feelings of your body

So this is a completely different expression. Sensual is relating to yourself and how you feel about your own  desirability. If you want to feel like a women then you want to feel sensual. Then this is the word you would use to describe how you would ie to feel in your boudoir photography experience.

Being sensual means getting pleasure from the physical world, and taking the time to indulge in the senses. Though people think that being sensual has a sexual connotation, it doesn’t have to be that way; taking the time to enjoy a fresh croissant filled with butter in the middle of a busy morning can be just as sensual as giving your partner a massage after work. The important thing is to slow down and enjoy the physical sensations around you instead of rushing about your day.

So how can you be a more sensual person?

Take pleasure in your own body. No, this doesn’t mean what you’re thinking — it just means that, if you want to be a sensual person, that you have to be comfortable in your own skin first and foremost. If you’re not happy with who you are or how you look, then it’ll be much more difficult for you to let go and let your body enjoy the world around you, whether you’re kissing your partner or sunbathing on the beach. Work on building your confidence and self-esteem, and soon, you’ll see that you’ll be getting more pleasure and joy out of the ordinary things around you

The best way to feel more like a sensual person is to book a boudoir photo session with me!  This is exactly the kind of boudoir experience you will be getting. One that helps you to take the time to get comfortable in your own skin and enjoy your body, your beauty and your femininity.

Schedule a time to chat with rhea 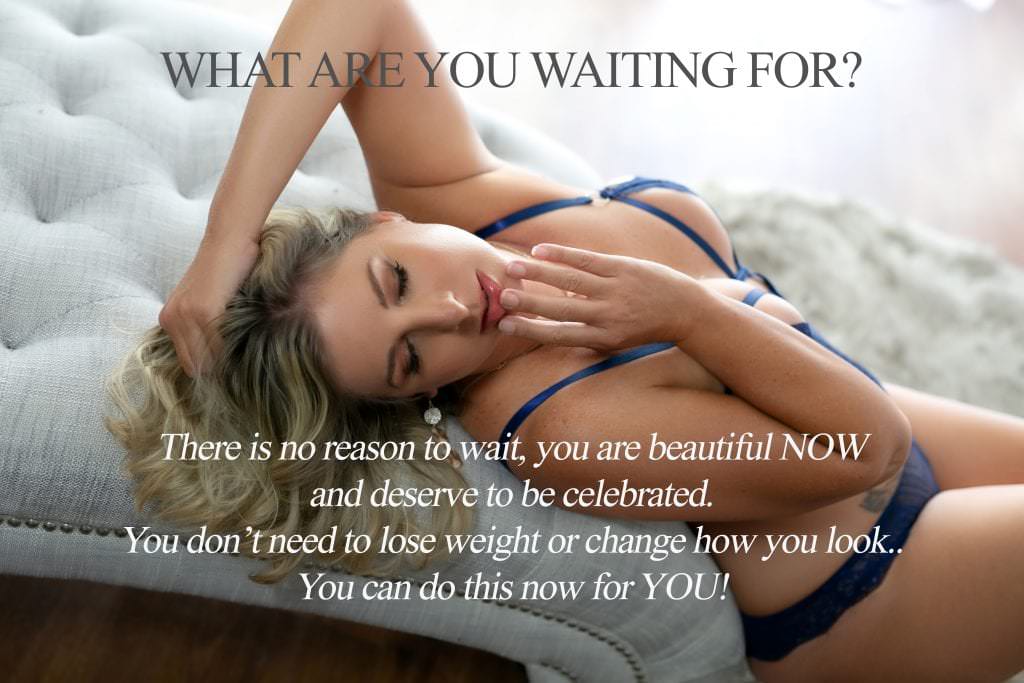 get your invite here

This site uses Akismet to reduce spam. Learn how your comment data is processed.